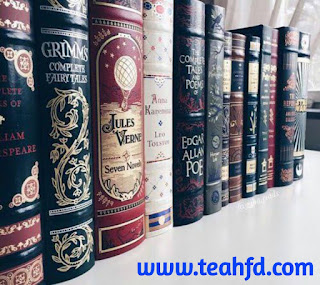 Called English literature , literature in English of the British Isles (Great Britain and Ireland). In the pages devoted to this literature we will also find rapid indications on works in other languages ​​spoken or written in these islands ( Latin , Celtic languages , Anglo-Saxon ).

It has kept some songs of bards   Breton (VI th century). During the Anglo-Saxon period, Latin literature was cultivated concurrently with that of the conquering nation. The most flourishing period of one and the other was the VIII th century age of Alcuin , of Aldhelm , of Bede and Ceolfrid. For more than a century after the Franco-Norman invasion, there was no other literary language than Latin and French . In Latin wrote Lanfranc , Anselm , Alexandre de Hales , Duns Scot , William of Occam , Roger Bacon and Michel Scot , who were the greatest philosophers of their time: Laurence de Durham, Jean de Salisbury , Jean de Hauteville , Nigellus Wirker, Alexandre Neckham and Walter Maps, renowned poets; Joseph d’Exeter , Orderic Vital , Guillaume de Malmesbury , Geoffroy de Monmouth , Ingulphe , Henry de Huntingdon, Giraldus Cambresis, Roger de Hoveden, Mathieu Parisand Jocelyn de Brakelonde, chroniclers whose writings reveal the history of this period. The first books in French appear to date from the beginning of the XII th century. A poetic school was then formed, the three heads of which were Wace , Gaimar, and Benoît de Sainte-Maure . The language of the vanquished, obscurely relegated to monasteries , was cultivated by annalists whose combined works constitute the Saxon Chronicle .
Around 1200, appeared in the usual language a work which already denoted a certain mixture of French and Anglo-Saxon , and which we consider as the oldest text of English literature: it was a translation by Layamon of the Roman of Brut , of Wace. Soon other translations of French or Latin spread ; then the rhyming chronicles of Robert de Gloucester and Robert Manning. The first national poet was Laurence Minot, author of several ballads on the victories of his compatriots (1350). Until Chaucer’s time , there was no other truly remarkable production than Visions by Guillaume about Pierre le Laboureur, attributed to Robert Langlande.
–
Finally, Chaucer came, which is considered the first great writer of England  (end of the XIV th century). He introduced and easily used the iambic or heroic verse pentameter still admired by the English. At the same time as Chaucer, but much inferior to it in genius and style, lived Gower . Until the accession of Elisabeth , there were many versifiers, the best of which were: John the Chaplain, Occleve, Lydgate, Hawes, Skelton, Barclay, the Earl of Surrey, Sir Thomas Wyatt, George Gascoyne, Thomas Tosser and Thomas Sackville (later Lord Buckhurst). Of the poets of that time, Surrey, who died in 1547, was the most esteemed.
English prose begins with translations of the accounts in which Jehan de Mandeville (Sir John Mandeville) recounts his travels (1355); but this narrative , first written in Latin, then in French and then translated into English, is not very remarkable from a literary point of view. In the following century alone, prose acquired a certain degree of superiority, under the pen of Wycliffe, translation of the Bible, of Chaucer, of Sir John Fortescue Difference between absolute monarchy and limited monarchy.

Spencer, author of Reine Faerie (1590) gave his name to a particular stanza, imitation of the ottova rima of the Italians , with the addition of an Alexandrine, a genre of poetry that has remained in use. Among Spencer’s contemporaries or immediate successors are Sir Philip Sidney, Robert Southwell, Samuel Daniel, Michael Drayton, Sir Henry Wotton, Sir John Davies, Bishop Hall, John Donne , Phineas, Giles Fletcher and George Herbert.
The ballad began to enjoy great popularity towards the end of the XV th century, thanks to the action of Robin Hood ; it had its golden age in the time of Mary , Queen of Scotland . (In the latter country, a series of poets had already stood out, including Barbour (died around 1396), Wyntoun, the blind Harry, Gawin Douglas; and William Dunbar).
The theater, for its part, had taken birth to the XII th century, when they played in cities similar to parts mysteries ; this kind of spectacle reached a great perfection during the reign of Henri VII and especially during the reign of Henri VIII , under the pen of John Heywood. The first comedy English was written by Nicholas Udall, about the time of Edward VI and the first tragedy had been by Thomas Sackville and Thomas Norton in 1362. The end of the XV th century and beginning of the XVI this the period known as of the old English authors. The literature of this period (1580-1640) reached a very high degree of strength, variety and originality; drama, above all, prevailed in a decided manner with Shakespeare , Marlowe, Ben Jonson, Beaumont, Fletcher, Chapman , Decker, Webster, Middleton, Marston, Massinger, Ford, Thomas Heywood and Shirley.
During the Republic, led by the Puritans, all theaters were closed . It was in vain that Sir William Davenant tried to make pieces in the moral taste of his time; he achieved only mediocre success. The Restoration re-established the theater; but it only protected farces in which virtue, sincerity and wisdom were ridiculed. Among the licentious writers of this period of corruption, we must cite Wycherly, Congreve , Farquhar and Vanbrugh.
The tragedy shone with a certain brilliance with Thomas Ottway (1651-1685), Southerne, Rowe and Lee. John Dryden surpassed all of his contemporaries in satire , didactic and lyrical poetry and in drama . The influence of Puritanism produced Milton , whom his compatriots place well above the old Homer , Virgil and Dante . At the same time as this illustrious poet, shone in various capacities: Thomas Carew, Francis Quarles, George Wither, Sir John Suckling , Robert Herrick, Richard Lovelace, Sir Richard Fanshawe, Richard Crashaw, Abraham Cowley , Henry Vaughan, Sir John Denham , Sir William Davenant , Edmund Waller, Samuel Butler . The Hudibras Butler belongs to the end of the XVII th century. Among Dryden’s contemporary poets , a few deserve mention: Marvell, Rochester, Charles Cotton , Sedley, John Philips, Oldham, Roscommon, Mulgrave, Dorset, Pomfret.
Regarding prose, to the reign of Henry VIII belongs the History of Edward V in which Thomas More gave the first example of a clear and correct style. The   same author’s Utopia was first published in Latin . Before Elisabeth or at the beginning of her reign, were written: the biography of Wolsey , by Cavendish (1641); translations of the Bible by Tyndale and by Coverdale, sermons and letters by Latimer, and the Toxophilus by Roger Ascham, the first scientist who deigned to write in the vernacular. The best prose writer of Elisabeth’s reign was Richard Hooker (1553-1600) whose ecclesiastical Constitution is one of the masterpieces of English eloquence. The Novum Organum of Bacon (1561-1626), was published in Latin, his Essays are considered the masterpiece of the English language . Contemporary productions were Arcadia and Defense of Poetry by Sir Philip Sidney; World History by Sir Walter Raleigh ; the Chronicles of Raphael Holinshed; travel accounts , byRichard Hakluyt ; the Pèlerinages of Purchase by Purchase; the History of the Turks , by Richard Knolles; the sermons of Bishop Andrews and those of Dr. Donne.
In the time of Elisabeth the Euphues of John Lilly gave birth to euphuism , a literary genre which was distinguished by its affectation. Under Jacques I er , appeared a translation of the Bible , which remained as a model of the popular language. Between Bacon and Locke is T homas Hobbes , the most subtle of English metaphysicians (1588-1679). Around the same time lived William Cambden , Sir Henry Spelman, Sir Robert Cotton, John Speed; John Selden, Archbishop Usher; Joseph Hall (1574-1656) and Jeremy Taylor (1613-1667) who were most eloquent among theologians. Robert Burton (died around 1640) published his curious Anatomy of melancholy ; and Thomas Browne produced his  Funeral Urn and Religion of the Doctor (1605-1682). Locke’s most important work (1632-1704) is his Essay on Human Understanding; Bishop Burnet brought to light his Exposition des 39 articles . Several other writers stood out; among them we note: Baxter , Leighton, Owen, Henry; the quakers ‘ george fox, Robert Barclay, William Penn and Thomas Ellwood; scholars Wilkins , Thomas Burnet , Evelyn, John Ray , Robert Boyle , Newton , Thomas Fuller ; historians Clarendon, William Temple, Gilbert Burnet, John Bunyan.

With Queen Anne (1702-1714) began a new era called the Age of Augustus of English literature . A poetic school, formed according to the models of the great century of Louis XIV , had for main follower Alexander Pope (1688-1744) and preserved its superiority during all the XVIII E century. The poets Addison , Swift , Gay , Parnell, Allan Ramsay, James Thomson , Edward Young , Blair, Watts, Prior, Tickell, Garth , Blackmore were famous for this period., Ambrose Philips, Somerville, and Anne, Countess of Winchelsea. Their poetic genre was further illustrated after them by Savage, Johnson, Collins, Akenside, Gray, Goldsmith, Beattie, Darwin and Cowper. Among the minor poets of the XVIII th century, mention Shenstone, Mallet, Ferguson Mickle, Falconer and Cunningham. The French tragic genre reigned with Addison, Mason, and Johnson, whose plays are dramatic poems rather than tragedies. The most successful were Young’s Revenge , Brown’s Barbarossa , Moore’s Player , Mallet’s Elvira and Douglasfrom Horne. But it was during this period that the most beautiful comedies of the English theater took place; they are usually written in prose and full of spirit and feeling. The best are due to Steele, Hoadley, Colman , Garrick , Murphy, Kelly, Cumberland, Goldsmith, Sheridan, Mmes Cowley, Fielding, Macklin, Townley, Coffey, and Foote.
The prose writers of the XVIII th century are divided into journalists, philosophers, historians, theologians and novelists. The former founded a large number of periodicals: Tatler, Spectator, Guardian, Rambler, Idler , etc., which published essays by Richard Steele, Addison , Johnson, and many others.
Main philosophical authors: Bishop Berkeley , The Earl of Shaftesbury , Hutcheson , Hume , Adam Smith , Reid , Beattie , Hartley , Price, Ferguson , Tucker, Priestley , Lord Kames , Blair , Campbell , Bentley and Aterbury. Historians and biographers: Hume, Robertson, Gibbon , Echard , Strype, Smollett, Tytler, Ferguson, Middleton , Watson, Lyttelton, Russel and Jortin. Influential theologians,Clarke , Lowth, Hoadley, Leslie, Whiston , Doddridge, Butler, Warburton, Wesley, Lardner , Farmer, and Leland. Johnson, Goldsmith and Burke became famous for their mixed works; Lady Mary Wortley Montagu and Lord Bolingbroke stood out in the first place in the epistolary genre .
The novel assumed an importance which it has preserved since Daniel de Foé (1661-1731) first gave fiction an interest due to the simplicity of the subject. The other great novelists were: Swift , Arbuthnot , Fielding , Richardson , Smollett, Sterne, Johnson, Goldsmith , Horace Walpole , Mackenzie and Miss Burney.