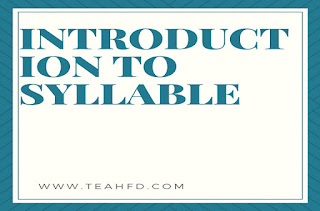 Languages are also differentiated according to the place of word stress. The traditional classification of languages concerning place of stress in a word is into those with a fixed stress and those with a free stress. In languages with a fixed stress, the occurrence of the word stress is limited to a particular syllable in a polysyllabic word. For instance, in French, the stress falls on the last syllable of the word (if pronounced in isolation), in Finnish and Czech it is fixed on the first syllable, in Polish on the one but the last syllable. In languages with a free stress, its place is not confined to a specific position in the word. In one word it may fall on the first syllable, in another on the second syllable, in the third word — on the last syllable, etc. The free placement of stress is exemplified in the English and Russian languages, e.g. English: ‘appetite – be’ginning – ba’lloon; Russian: озеро – погода – молоко.
The American scholars B. BLOCH and G. TRAGER find four contrastive degrees of word stress, namely: loud, reduced loud, medial and weak stresses. Other American linguists also distinguish four degrees of word stress but term them: primary stress, secondary stress, tertiary stress and weak stress. The difference between the secondary and tertiary stresses is very subtle and seems subjective. The criteria for their difference are very vague. The second pretonic syllables of such words as libe’ration, recog’nition are marked by secondary stress in BrE, in AmE, they are said to have tertiary stress. In AmE tertiary stress also affects the suffixes -ory, -ary, -ony of nouns and the suffixes –ate, -ize, -y of verbs, which are considered unstressed in BrE, e.g. ‘territory, ‘ceremony, ‘dictionary; ‘demonstrate, ‘organize, ‘simplify. British linguists do not always deny the existence of tertiary stress as a tendency to use a tertiary stress on a post-tonic syllable in RP is also traced.
There are two views on the matter. Some (e.g. D.JONES [84], R.KINGDON [89], V.VASSILYEV [110]) consider that there are three degrees of word stress in English: primary (or strong stress), secondary (or partial stress) and weak (the so—called “unstressed” syllables have weak stress). Secondary stress is chiefly needed to define the stress pattern of words containing four or more syllables, and compound words. E.g. “examination”, “qualification”, ‘Tiair—jdresser”. All these degrees of stress are linguistically relevant as there are words in English the meanings of which depend upon the occurrence of either of the three degrees in their stress patterns. E.g. “import — import”, ‘^certification — certification”.
But auditory analysis shows that there are certain positions in the stress patterns of English words where the vowel generally remains unobscured and its duration is considerable, though the syllable it occurs in does not actually bear primary or secondary stress. This can be clearly seen in verbs ending in “-ate”, “—ize”, “—y” (e.g. “elevate”, “recognize”, “occupy”) and in such words as “portray”, “canteen”, “austere”. Besides, this can also be observed in GA nouns ending in “-ary”, “-ory”, “-ony” (e.g., “dictionary”, “territory”, “ceremony”).
On this account some American linguists (G.TRAGER) distinguish four degrees of word stress:
i.            Primary stress (as in “cupboard”), to indicate that a syllable has primary stress we write / ˈ / before it.
ii.            Secondary stress (as in “discrimination”), to indicate that a syllable has secondary stress we write /ˌ / before it.
iii.            Tertiary stress / “V (as in “analyse”),
iv.            Weak stress / v/ (as in “cupboard”, but very often the weakly stressed syllable is left unmarked).
American phoneticians consider that secondary stress generally occurs before the primary stress (as in “examination”), while tertiary stress occurs after the primary stress (as in “handbook”, “specialize”). Though the second view seems to be more exact, the distinction between secondary and tertiary degrees of stress is too subtle to be noticed by an untrained ear. Linguistically, tertiary word stress can be taken for a variant of secondary word stress, as there are no words in English the meanings of which depend on whether their stress pattern is characterized by either secondary or tertiary stress. That is why the stress pattern of English words may be defined as a cor­relation of 3 degrees of stress.
Word stress in a language performs three functions:
i.            Word stress constitutes a word, it organizes the syllables of a word into a language unit having a definite accentual structure, that is a pattern of relationship among the syllables; a word does not exist without the word stress Thus the word stress performs the constitutive function. Sound continuum becomes a phrase when it is divided into units organized by word stress into words.
ii.            Word stress enables a person to identify a succession of syllables as a definite accentual pattern of a word. This function of word stress is known as identification (or recognition). Correct accentuation helps the listener to make the process of communication easier, whereas the distorted accentual pattern of words, misplaced word stresses prevent normal understanding.
iii.            Word stress alone is capable of differentiating the meaning of words or their forms, thus performing its distinctive function. The accentual patterns of words or the degrees of word stress and their positions form oppositions, e.g. ‘import — im’port, ‘billow — below.
Conclusion
English pronunciation depends on stress to a great deal. In order to become a powerful communicator of English, one must learn all the rules of stress mentioned earlier. English is a language that borrowed words from 8000 languages of the world. All rules regarding the stress patterns of these languages are impossible to learn however if one learns some basic rules one can improve a lot. So learning of stress leads us to better communication.
0 comment
0
FacebookTwitterPinterestEmail